Will ESMA’s 2020 XBRL mandate finally deliver on the technology’s promise? 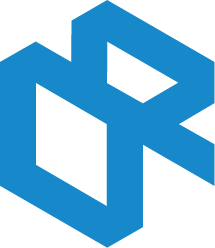 For accounting periods commencing 1 January 2020 or later, European companies will have to submit their consolidated financial statements to their respective regulators in iXBRL format as part of ESMA’s ESEF XBRL mandate.

Proponents arguing the benefits of using XBRL technology for collecting financial statements would typically paint a picture of supervisors, analysts and other consumers of financial data running automated queries, models and other analytical tools on huge datasets, kickstarting a revolution in the efficient consumption of relevant and accurate financial data. But based on all the financial statement XBRL mandates that have preceded ESMA’s, this could not be further from the truth.

While it isn’t Europe’s first mandatory requirement to submit financial statements in XBRL/iXBRL format, there are some key differences in ESMA’s implementation details that could fundamentally change the usefulness of the XBRL data being produced and collected for the better. To understand why, we must take a closer look at what has come before.

A brief history of XBRL

Europe’s first mandatory use of XBRL/iXBRL as the submission format for financial statements was introduced the UK in 2011. The tax authority (HMRC) required financial statements to be prepared in iXBRL format to accompany a company’s tax submission. This was the dawn of a new industry dominated by the ‘Big Four’ audit companies for the provision of XBRL conversion and assurance services. Conversion services were mostly off-shored to lower-cost jurisdictions which faced huge staff turnover issues due to the mundane nature of XBRL-tagging a set of accounts. Businesses are having to foot the bill for this iXBRL conversion, paying providers as much as €1,200 per subsidiary!

The question is, how useful is all the information being generated and collected? Unfortunately, it’s pretty limited, due to a lack of trust in the accuracy of the tagged XBRL data.

Due to these factors, only a very small percentage of accounts will be completely and accurately tagged, yet there have been few, if any, reported cases of HMRC requesting a company to resubmit their iXBRL accounts due to a tagging error. HMRC’s policy is explicit in that no routine review of tag accuracy takes place.

What has ESMA learned from other jurisdictions?

The HMRC mandate was shortly followed by similar mandates in Denmark (Danish Business Authority) and Ireland (Revenue). Whilst some implementation differences exist, nothing about the respective mandates has compelled an increased level of tag accuracy.

More recently, CIPC’s iXBRL 2018 mandate for South Africa, which bears many similarities to the imminent 2020 ESMA mandate (both extend the same IFRS taxonomy and include checks for mathematical accuracy) promised more in this area. However, since taxonomy extensions are not supported, not all reported facts will be tagged and mathematical inaccuracies are treated as warnings which can be ignored.

Has ESMA learned from these shortcomings? Will the details of their forthcoming mandate do anything to compel an increased level of tag accuracy and completeness? Fortunately, the answer is yes.

Due to come into effect from 1st January 2020, ESMA’s iXBRL mandate has two key components.

Firstly, apart from upping the number of mandatory tags to 18, the only facts that need to be tagged will be those in the primary statements such as the Statement of Financial Position, Statement of Comprehensive Income, Statement of Changes in Equity and Statement of Cash Flows. Unlike previous mandates which expected the user to perform an incomplete but detailed tagging exercise of the entire financial statements, users will be focused on tagging a much smaller subset of the most important information.

Secondly, the taxonomy is expected to be extended by users. This means that a company will need to modify (extend) the taxonomy so that a tag exists for each fact in the primary statements. For the first time it will become mandatory to tag each and every fact in the primary statements of the accounts, with the result that it will now be possible to enforce mathematical accuracy of the tagged data. This will go a long way to eliminate careless tagging errors, especially signage errors which can prove a challenge for novice users.

This will undoubtedly increase the quality of the tagged data, but can it be relied upon? Sadly, until the XBRL-submitted data is subject to independent audit, we may still have to wait until the full promise of XBRL can be realised.

What does this mean for your business?

Businesses accustomed to preparing XBRL submissions that merely pass the regulator’s submission gateways should prepare to raise their game. If this is the first time your business is impacted by XBRL, you will need to produce quality submissions from the get-go. This is made considerably easier if you have software designed to be used by accountants rather than XBRL technical experts. Report Authority is just that – created with the fundamental intention to help you get ESEF XBRL filings right first time.

Personalised support on hand for when you need it most.